In memory of Ruth Bader Ginsburg 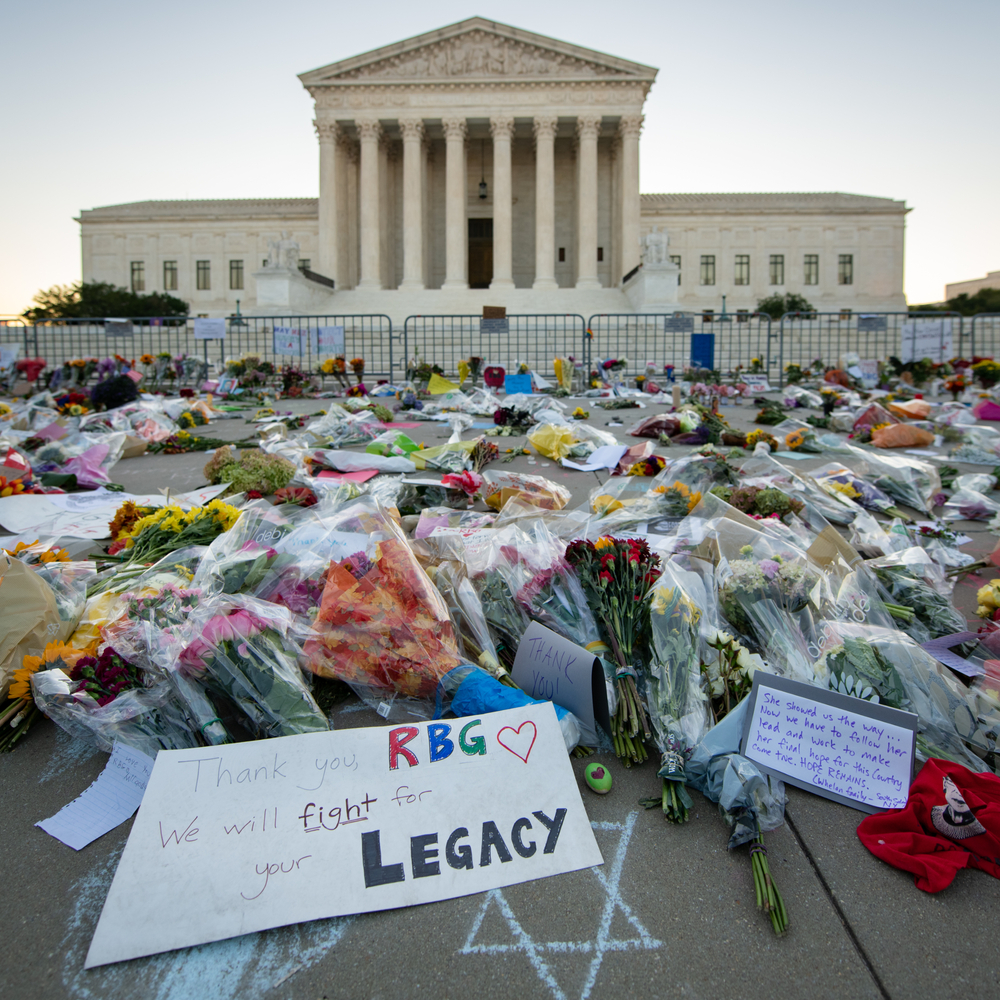 If one were to think of the characteristics typical of someone who has changed the world, the quiet intelligence embodied by the late Justice Ruth Bader Ginsburg would perhaps not rank top of the list. And yet her impact, both as a litigator in the 1970’s determined to convince an all-male bench that gender discrimination was as insidious in American life as it was unconstitutional and, later, as a fierce voice of dissent when she herself was established as a Supreme Court Justice, was immeasurable.

In the face of her extraordinary story, identifying any single part of it as the root of the awe she rightly inspires will inevitably feel insufficient. From growing up in a Jewish family descended from Russian and Polish immigrants in 1930’s Brooklyn to becoming one of just nine women in her year at Harvard Law School, overcoming barriers appeared to be second nature to Bader Ginsburg.

But even the recognition that her background or gender would constitute any kind of ‘barrier’ at the time she was embarking on her career is, in part, down to her. When she graduated from Columbia University, having transferred from Harvard to be with her young family, it became clear that her accolades would not be measured as equal to those of her male counterparts.

Despite graduating top of her class all whilst raising her young daughter, caring for her husband Martin when he fell ill with testicular cancer and ensuring he did not fall behind on his own studies at Harvard by typing up notes from his classes so he could graduate on time: not a single firm was willing to employ her on account of her being a woman.

It was at this point that Bader Ginsburg started working as a law professor, running specific classes about the ways in which the law reinforced gender discrimination. Her work with the Women’s Rights Project under the auspices of the American Civil Liberties Union is what gave rise to her landmark arguments before the Supreme Court throughout the 1970’s – a time of civil unrest in the fight for racial and gender equality.

But, often described as ‘quiet’ and ‘reserved’, Bader Ginsburg chose to draw her battle lines in the courtroom, not in the streets. She took gender discrimination cases all the way up to the Supreme Court in an attempt to get recognition, from nine male Justices, that aspects of American law did not equally protect men and women – a right, she argued, that was enshrined in the constitution.

Winning five out of the six cases that she argued before the Supreme Court, Bader Ginsburg’s litigation was fundamental in changing the legal landscape – a shift that has trickled down, giving us the vocabulary and the legal precedent to demand equality today.

Her sharp intellect and patient approach have not only won her the admiration and respect of people around the world, but also the fitting nickname: ‘The Notorious RBG’. Long after her death, the legacy of this unlikely icon is sure to persevere. The image of her, with slicked back hair and bedecked in one of her trademark ornate collars, calmly articulating her voice of dissent has no doubt made its permanent mark on history.

‘May her memory be a blessing’: Why we mourn RBG with Jewish blessings, Refinery29: https://www.refinery29.com/en-us/2020/09/10044554/rbg-may-her-memory-be-blessing-revolution-jewish-prayer-meaning