How to steal $300 million…and not get away with it 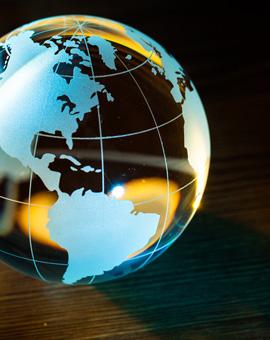 Nigeria, the most populated county in Africa, was ruled by President General Mohammed Abacha from 1993 to 1998. During that time, he stole hundreds of millions of dollars of Nigerian public money with help from his second son, Mohammed Sani Abacha, and their associate Abubakar Atiku Bagudu. They stole this money through a number of elaborate schemes and in 2003 Bagudu was arrested to be extradited from the USA. Matthew Jowitt, former Advocate and Founding member of Ardent Chambers (and now Solicitor General) acted in the Jersey proceedings, which resulted in the eventual return of the funds to Nigeria in 2020.

How to steal $300million

The trio systematically embezzled public funds from the Central Bank of Nigeria. They used their high power and public roles, to convince the bank that this was necessary for the national security of the country to pay large chunks of money away. The trio then kept this money for themselves.

General Abacha made it a requirement for Nigeria to repurchase its own national debt for more than double what the country would have paid on the open market. He then skimmed the difference off the top, making a healthy profit for himself and his associates.

The trio then laundered the stolen money through the USA into an account held in Jersey.  They used relatively sophisticated, commercial contracts to make the money look legitimate under a company called Doraville.

How to get caught

In 1998  President Abacha died in a plane crash and this marked the beginning of the end for the trio’s elaborate thefts. By September 1999, the Attorney General of Nigeria had uncovered their schemes and appointed Swiss lawyers. These lawyers were granted special powers to act on the country’s behalf and recover the stolen funds that had been hidden around the world.

In 2003 General Abacha’s associate, Bagudu, was arrested in the USA and faced extradition to Jersey. He agreed to return more than $163 million of the company’s assets to the Nigerian government; an amount he claimed represented his share. The rest of the money belonged to General Abacha’s son.

In return for his half of the money, Jersey withdrew the extradition request and Bagudu was returned to Nigeria for possible prosecution in that country. To date he hasn’t faced trial in Nigeria.

The remaining balance of the Doraville funds, c$300 million, have now been confiscated in accordance with Jersey’s civil asset recovery legislation that allows the seizure and forfeiture of the proceeds of crime without the need for a criminal conviction.

On Monday, 3 February 2020, the Government of Jersey, the Federal Republic of Nigeria and the Government of the United States of America entered into an Asset Recovery Agreement to repatriate these funds, more than US$300 million, to Nigeria.

This case proves that the confiscation of assets even in complex and elaborate cases is possible. International co-operation has reached a new level that makes it harder for the proceeds of corruption to be hidden, no matter what country the crime has taken place in or where the assets end up. We can expect more asset recovery action like this in the future.

If you want to stay up to date with our monthly Ardent Insights head to www.ardentchambers.com to subscribe.